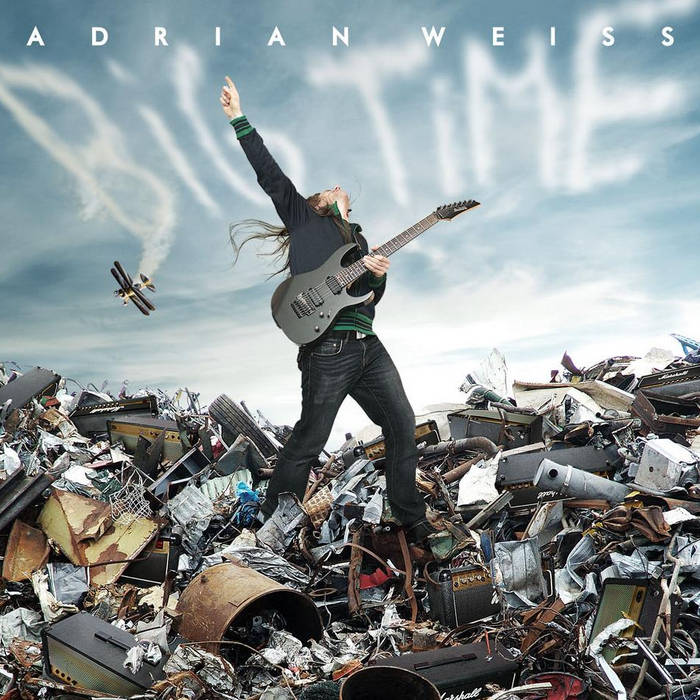 “The melodies executed on the album are mesmerizing, elaborate and often ornamented, something that lends grace and beauty to the proceedings with Egyptian Inscription being a prime example of that. You can feel every note being wrung out of the neck of his chosen weapon.”
John O´boyle (Sea Of Tranquility)

“It´s a very fine album indeed and one that will appeal to both musicians and non-musicians alike, thanks to the quality of both the material and the performances. Bliss.”
Powerplay Rock and Metal Magazine (UK)

“Without a doubt, the result is a very professional record that contains perfectly played instrumental guitar orientated music that fits somewhere between melodic rock and somewhat groovy Hardrock, NEAL SCHON meets STEVE VAI would be a good description, so no freaking out here, just bringing you mostly beautiful guitar melodies.”
Strutter´Zine

Adrian has also formed a live band with the following current line up:

Currently Adrian is writing new stuff for a second album, so stay tuned!

Also check out Adrian´s releases with his other bands on Bandcamp!

Bandcamp Daily  your guide to the world of Bandcamp

Featured sounds from Fly Lo and Ahmed Idris, plus Mother Nature hops on to drop off new project